In 2016 we were asked by https://www.apuk.net/ to design and deliver an intense four week sales training programme for their new Sales Executives. Here’s what they had to say following our second academy. 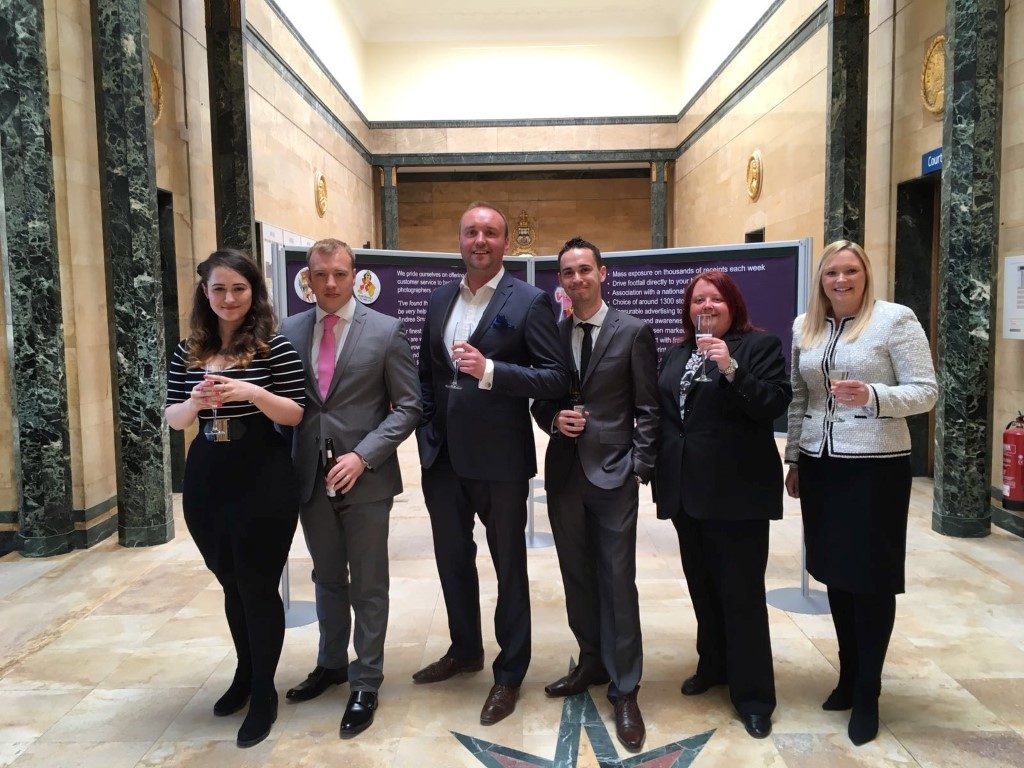 The second intake of our sales academy celebrated their graduation on Friday after four weeks of intensive sales training. They graduate not only with their qualification from the Institute of Sales & Marketing Management but with two sales already on the board!

The bespoke four week course is designed and delivered by 6th Door training and is structured to give our trainees a real understanding of how to sell well and most importantly, sell with integrity. It gives them a full background on Access Point; how we’re different and why companies advertise with us in the first place.

“This course is of a very high standard. The design of the course – the structure, the content, training methodologies, practical sessions and coaching is an excellent learning model.”

– Frances McCabe, Head of Education at the Institute of Sales & Marketing Management

The changes in the trainees were huge to see over the course of the four weeks:

“On the first day everyone’s excited and eager to start. By the end of the first week they’re scared! Once they complete their first call though you can see the visible relief in them. By the end of the second week they were a totally different group of people, to the point that I heard one of them give an effective fifteen minute pitch with a potential client!”

As part of the course the trainees have the terrifying prospect of making their first outbound calls; previously described by one candidate as “shocking”. The team took it in their stride however, with two successful pitches being completed with sales orders signed before the course had even ended!

Between both academies some things have remained the same though and after the candidates were presented with their certificates, their ‘Access Point Passport’ and their specially created graduation T-Shirt with their company avatar on it; they were treated to a formal Access Point welcome complete with lots of cheering, fizz and food!

After that they were (by now much less formally) welcomed onto the sales floor with a guard of honour.

Now the hard work for our five graduates really starts but with three sales already confirmed we’re confident they’re going to smash it!